I am a Senior Research Fellow (Post-Doc) at the Max Planck Institute for Research on Collective Goods (MPI) and affiliated with the Center for Social and Economic Behavior (C-SEB) at the University of Cologne. I am working on topics in applied microeconomics and behavioral economics with a focus on peer effects and human capital formation. I received my Ph.D. from the Bonn Graduate School of Economics (BGSE) at the University of Bonn in 2020. 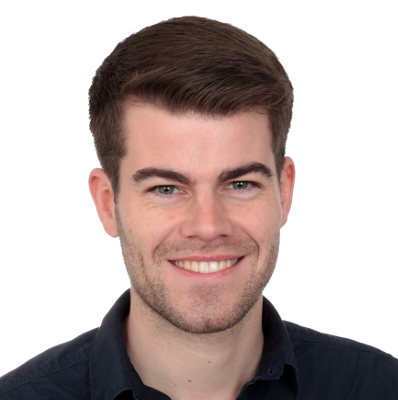 We study whether and how parents interfere paternalistically in their children's intertemporal decision-making. Based on experiments with over 2,000 members of 610 families, we find that parents anticipate their children's present bias and aim to mitigate it. Using a novel method to measure parental interference, we show that more than half of all parents are willing to pay money to override their children’s choices. Parental interference predicts more intensive parenting styles and a lower intergenerational transmission of patience. The latter is driven by interfering parents not transmitting their own present bias, but molding their children's preferences towards more time-consistent choices.

The Long-run Effects of Peers on Mental Health

This paper studies how peers in school affect students’ mental health. Guided by a theoretical framework, we find that increasing students’ relative ranks in their cohorts by one standard deviation improves their mental health by 6% of a standard deviation conditional on own ability. These effects are more pronounced for low-ability students, persistent for at least 14 years, and carry over to economic long-run outcomes. Moreover, we document a pronounced asymmetry: Students who receive negative rather than positive shocks react more strongly. Our findings therefore provide evidence on how the school environment can have long-lasting consequences for individuals’ well-being.

Self-selection of Peers and Performance

with Jonas Radbruch and Sebastian Schaube

with Jonas Radbruch and Sebastian Schaube

Peers influence behavior in many domains. We study whom individuals choose as peers and explore individual determinants of peer selection. Using data from a framed field experiment at secondary schools, we analyze how peer choices depend on relative performance, personality differences, and the presence of friendship ties. Our results document systematic patterns of peer choice: friendship is the most important determinant, albeit not the only one. Individuals exhibit homophily in personality and, on average, prefer similar peers who perform slightly better. Our results help to rationalize models of differential and nonlinear peer effects and to understand reference group formation.

How Do Parents Perceive the Returns to Parenting Styles and Neighborhoods?

This paper studies parental beliefs about the returns to two factors affecting the development and long-term outcomes of children: (i) parenting styles defined by warmth and control parents employ in raising children, and (ii) neighborhood quality. Based on a representative sample of 2,119 parents in the United States, I show that parents perceive large returns to the warmth dimension of parenting as well as neighborhood quality, and document that they perceive parenting to compensate for the lack of a good environment. I introduce a measurement error correction to show that perceived returns relate to parents' actual parenting styles, but document that beliefs are unlikely to explain socioeconomic differences in parenting behavior and families' neighborhood choices.

This paper presents evidence from a large-scale study on gender differences in expected wages before labor market entry. Based on data for over 15,000 students, we document a significant and large gender gap in wage expectations that closely resembles actual wage differences, prevails across subgroups, and along the entire distribution. Over the life-cycle this gap amounts to roughly half a million Euros. Our findings further suggest that expected wages closely relate to expected asking and reservation wages and that a difference in “boldness” during wage negotiations pertains to gender difference in expected wages. Given the importance of wage expectations for labor market decisions, household bargaining, and wage setting, our results provide an explanation for persistent gender inequalities.

Gender Gap in Science: The Effect of Role Models on Expected Pecuniary and Non-Pecuniary Returns
with Maria Bigoni, Stefania Bortolotti, and Annalisa Loviglio